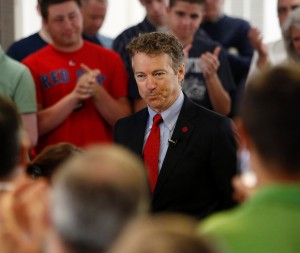 Paul's comments came as he intensified his attack against Hillary Rodham Clinton, again calling on her to return gifts given to her family foundation by foreign countries, including Saudi Arabia. Paul singled out the kingdom for its treatment of women, citing the case of a woman who was gang-raped and later lashed for being in a car with a man who was not her husband.

The following business ventures are owned by Saudi Arabia or sell Saudi oil:

Uber is a Saudi Arabia heavily invested company. The atrocities on the people of Yemen and the support of head choppers ISIS is enough to ban this company.

Saudi Arabia bought a huge stake in Uber. What does that mean for female drivers?

This week the Silicon Valley-based ride-sharing app Uber announced it was getting a huge new injection of funding. But the money wasn't coming from any of the standard investors from the U.S. tech world.

Instead, it was coming from Saudi Arabia.

In other words, Yemeni people are dying so that multinational corporations can lay siege to remaining oil reserves in the Arabian Peninsula. It is at these times that the international community has to ask what its ethics are.