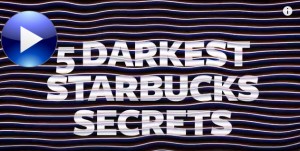 Presenting the 5 darkest Starbucks secrets including the secret mystery behind the pumpkin spice latte, attempts to steal trademarks from African farmers, the secret behind Starbucks's mysterious logo, unusual amounts of pesticides found in teas, and de-branded Starbucks trying to pass as independent coffee shops. 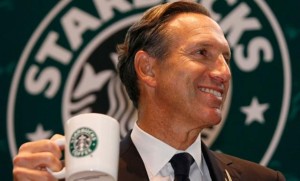 Howard Schultz, the founder, chairman, president and chief executive officer of Starbucks who also owns 31.6 million shares of Starbucks stock (worth around $1.4 billion in Nov 2011) is an active zionist.

In 1998 he was honoured by the Jerusalem Fund of Aish HaTorah with “The Israel 50th Anniversary Friend of Zion Tribute Award” for his services to the zionist state in “playing a key role in promoting close alliance between the United States and Israel”. The ultra-right wing Jerusalem Fund of Aish HaTorah funds Israeli arms fairs chaired by the butcher of Jenin, General Shaul Mofaz, and the zionist media pressure group honestreporting.com, they were also implicated in the production and distribution of the infamous islamophobic film ‘Obesession’. Starbucks proudly displayed the award on the company’s website under the section of ‘awarda and accolades’ the Starbucks company has won, however, once the boycott started to bite the award mysteriously disappeared from its website.

Howard Shultz work as a propagandist for Israel has been praised by the Israeli Foreign Ministry as being key to Israel’s long-term PR success. On April 4th 2002, whilst the Israeli army was slaughtering Palestinians in Jenin Howard Shultz made a provocative speech blaming the Palestinians, suggesting the intifada was a manifestation of anti- Semitism, and asked people to unite behind Israel. Starbucks also sponsors fund raisers for Israel. 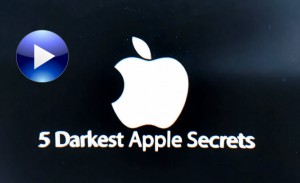 Presenting Apple's 5 darkest secrets including stressed out factory workers exposed to dangerous iPhone chemicals at Foxconn, the real Steve Jobs, tax loopholes that allow Apple to hide billions, the mysterious origins of the Apple logo, and Apple's secret worldwide police force out to hunt down leaks and missing prototypes.